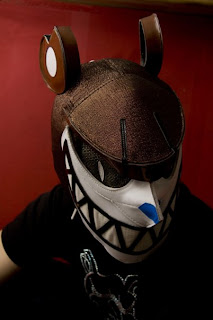 Touma wearing his Knuckle Bear mask
Another mentor introduction and another big player, I would like to introduce you to Touma. Touma is an illustrator that has been involved in character design for over 20 years.

I first came aware of Touma in 2008 through his Ultraman collaboration. As a fan of Ultra Daikaiju,  his stylised versions made me interested to discover who the artist was, once again, it turned out I had already known his iconic work for a few years. 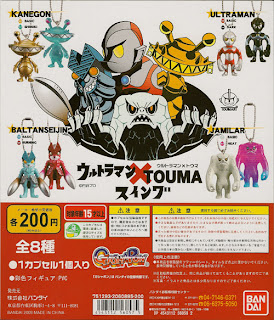 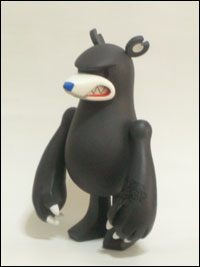 Knuckle Bear by Touma
Bold and full of energy, Touma has a strong style that is easily recognisable. Something that I would like to develop in my own work. I highly respect the work of Touma and to spend any time with him is an incredible opportunity, I will take all his lessons seriously and apply it to my work instantly.

TOUMA worked as a character designer for a major video game company for 10, leaving in 2001 to become a freelance illustrator and character designer. In 2003 he released his most famous character 'Knuckle Bear' at Design Festa #14. In 2005, he established his company TOUMART Inc. Since then he has designed various original designer toys and collaborated on licensed property designs from Ultraman, Godzilla, Star Wars, Alien vs Predator, Transformers, Powerpuff Girls, and countless others.

3 daily sessions have been scheduled with Touma. In our short time, I hope to focus on my artistic methodology and further develop myself as an artist.