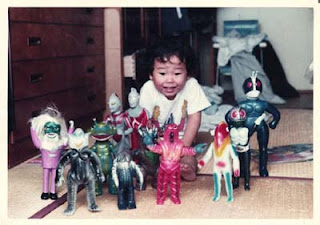 The next mentor I would like to introduce you to is Tadayoshi Ichimiya, also known as Sunguts. To many, Sunguts doesn't require an introduction. He is one of the big players and has been deeply involved in many aspects of the Sofubi world for over a decade.

Just like discovering a few great songs on the radio were by the same band, I had come across Sunguts work sporadically in Japanese toy magazine Hyper Hobby. As I can't read Japanese, I tend to only look at the images but I eventually discovered many pieces I enjoyed were all made by Sunguts. 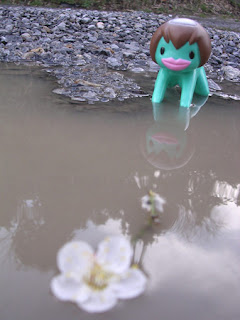 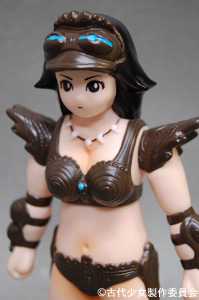 I closely identify my direction of 'what I want to do and where I want to be' to be 'Sunguts style'. He has lent his skills to many toy projects and has a vast library of original character and licensed work. To have the opportunity to meet him was fantastic and to be mentored by him is truly a dream.

Through initial arrangements, I was excited to learn Sunguts was developing new works for Wonder Fest early next year. I was invited to see the whole process; from character design, sculpt, wax, vinyl production and painting.

Later, I was to discover that the schedule was not only for me to observe the development of a new Sunguts work but to mentor me directly in the process of developing my own sofubi from sketch to production. I can't even fathom the words required to describe my excitement, deep gratitude and respect.

Born in Hyogo-Ken in 1969, Tadayoshi Ichimiya, entered college in 1987. In collage he made a name for himself by producing various self-directed films. In 1991, he was hired as a director by a well known advertisement firm in Tokyo. While he worked as a director, he also designed many characters for the TV commercials. In 2000, he started producing his own soft vinyl figures and in 2003, he became a freelance director and character designer under the studio Sunguts. Ever since he has been producing various original and licensed character works.

I have scheduled 10 days over the next two months, with 'homework' requirements in between. The journey has just begun!
Posted by Shane Haddy at 4:33 PM