I have met lots of new friends over the last year and one of them is Jon Malmstedt, owner of Rampage Toys.

Jon has produced many cool resin toys over the years and moved into Japanese vinyl production last year with Ugly Unicorn. Ugly Unicorn is a laid-back cupcake eating kaiju that I have completely fallen in love with. 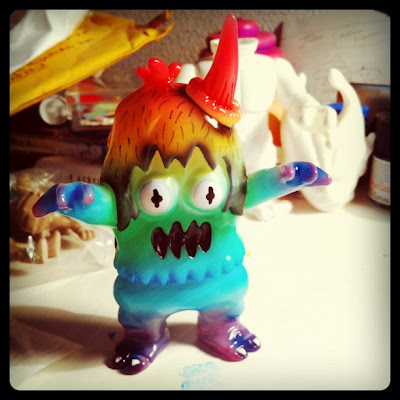 Rainbow GID Ugly Unicorn by Jon Malmstedt/Rampage Toys
>>limited numbers of the rainbow GID and unlimited blank GID will be available this Friday (3/01/12) – keep an eye on Rampage Toys if you are keen.<<


A little while back, Jon caught a glimpse of my currently unreleased glitter Waniphants and suggested a small painted run. I was more than happy to work with Jon, his painted customs are vivid and full fun! I passed on a small batch for Jon to work his magic. Over the next few days, I saw some jaw dropping teasers posted to his twitter. 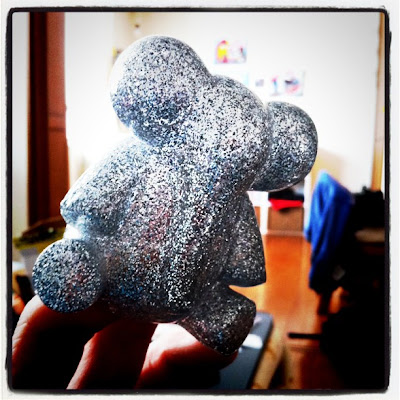 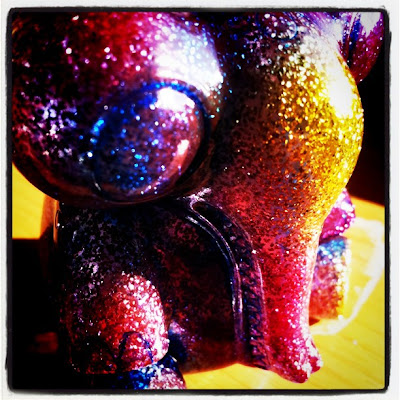 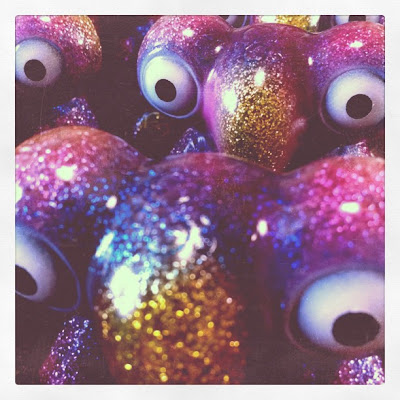 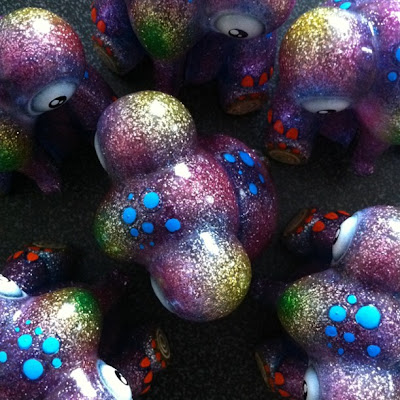 I will leave it at just teasers for now, with the final images to be posted by Jon on his blog later this week.

This special collaborative release will be avalible on Feb 10th 2012 ot Rampage Toys online store - Only 5 were made! So don't sit back if you're keen, jump on it!

What's next? Well, it seem Waniphant and Ugly Unicorn enjoyed hanging out together ;)